A Taste of Texas In Finland

Pictures: Ashley Tukiainen
Growing up I always heard people saying how everyone loves Texas; all things Texan. Before I really traveled outside the US, I just thought it was state pride, and didn’t pay much attention to it.  However, it really is true! People all over the world love Texas, from the slang and our big pick up trucks to the outdated misconceived notions.  I was even once asked if we really do ride horses everywhere. I was so entertained by that, I almost hated clearing that one up.This past weekend when we came back from the grocery store I realized that we had purchased a lot of Texas/American inspired food.  It wasn’t planned but I started mentally having some fun with it. I got a little taste of Texas, all the way here in Finland.

This isn’t very Texas-like except that it’s big.  The contents are in fact, extremely Finnish.  Coffee (of course), a rye bread sandwich, berry soup with chia seeds, and a banana.  I had the banana as a mid morning snack because my eyes were bigger than my stomach here.

Lunch was a BBQ chicken pizza, which is a kind of newer thing here as I understand it (sorry, yes, I really did just take a picture of a frozen pizza, my apologies).  Frankly though, it was far tastier than any other BBQ chicken pizza I ever had anywhere in the US.

Fun Fact: Did you know Finland is home of the best pizza in the world?  I’m not exaggerating, they won a contest.

My husband and I, both, admittedly, are potato chip addicts.  This also came home with us from the store.

For dinner we had some new friends come over, another Finnish-American couple (There are lots of us!) and we spent the evening grilling.  It was lovely.

The biggest difference I’ve found in the food is the meat.  People in Europe just don’t eat thick pieces of meat, and thus, the done-ness of meat is not on the same scale either.  For instance a 1/2 in thick cut of meat is considered really thick, where in Texas (and most of the US) that would be considered a minute steak. I will say, that Finland has some great marinades on the meat (and they aren’t full of nasty fillers)

There's a New Tallink Ferry in Traffic, and It's a Luxurious One
The Best Guacamole 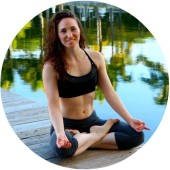