Strong Beer to Arrive in Grocery Stores – The Reforms in Alcohol Act, Explained

A group of young adults celebrating the end of the semester with beer and footbag. Picture: Tony Öhberg for Finland Today

Finland took a giant leap toward a unified Europe on Thursday, after the parties in the government reached an understanding of reforms in the dated Alcohol Act.

1. IV A beer (up to 5.5%), strong ciders and long drinks (lonkeros) will arrive in the grocery stores and kiosks.

3. All restaurants licensed to serve alcohol are allowed to sell booze until 4:00 in the morning.

4. The limitations in liquor licence are removed. Restaurants can sell strong or medium beer without limitations.

5. The control of an area reserved for serving alcohol will be loosened. In other words, the guarded beer stalls which one can’t depart with a drink in hand will be history at festivals. In addition, a restaurant serving beer in the vicinity of a beach could allow customers to carry their drinks to the sand.

The reforms could also bring millions to the government’s coffer.

In a survey ordered by the Federation of the Brewing and Soft Drinks and the Finnish Grocery Trade Association, the arrival of IV A beer to the grocery stores would split the import of cheap beer from Estonia in half. This would increase the tax income of the government by 50-60 million euros.

Visitors in Estonia import about 32 million litres of strong beer in a year, while Alko sold 8.8 million litres of beer in 2014. According to the experts, higher prices of Alko is one of the biggest reasons why the booze cruisers carry almost 30 per cent more beer across the bay. Only about 6 per cent of Alko’s sales includes strong beer, ciders and long drinks.

The reforms include benefits for small breweries as well. The breweries will be able to sell products of over 5.5% from their location. In picture, Crimson India Red Ale (5.9%) by Brewcats. Picture: Tony Öhberg for Finland Today

After the reforms, beer may actually become cheaper in Finland. Currently, for example, a 0.33 litre bottle of Karhu A costs 1.86 euros in Alko. In Estonia, a 0.40 litre bottle of A.Le Coq Imperial Gold (5%) costs 0.90 euros, and occasionally one can get a stack of 24 cans of strong beer from the cruise ferry for about 10 euros. “In Finland, the trading companies have the final decision on the prices. The difference in prices between Estonia and Finland is not totally explainable by the alcohol tax. In Alko, the price of beer does not depend on the market value but on the politics,” said Kari Luoto, CEO of the Finnish Grocery Trade Association.

READ:  Laura, Linda and Anette Brew Beer, But In Finnish they 'Screw'

The arrival of IV A beer in small stores could give a much-needed fillip to their sales, where the amount of sold beer totals about 12-18 per cent. “About 70 per cent of the store network in our country consists of small stores under 400 square metres, so their survival is important for the habitation and local services in the whole country,” Luoto said.

After the sweaty negotiations on Thursday, the government members of NCP, Finns, and Centre left the meeting eager to appraise the agreement on the world wide web, especially in bulletins and blogs.

Finance Minister Alexander Stubb (NCP) said on Facebook that he believes the reforms will create new jobs in the brewing and beverage industry as well as in the catering and trade business. “I believe in the responsibility of Finns and that the moderate use and civilized enjoyment are taking hold of the sphere. The youth, especially, have shown an example. Drinking to get drunk is out of fashion and the diagrams are showing that the use is diminishing.”

Sampo Terho, chair of the Finns parliamentary group, praised the reforms in a bulletin. “Finns have been patronized long enough, now we are taking a beautiful step toward an expanded freedom of an individual.”

NCP and the Finns party would have wanted to extend the sale hours of alcohol beyond the current curfew of 21:00 but the Centre party pushed the breaks, for reasons unexplained.

The NCP MP, Jaana Pelkonen, praised the possibility of drinking on the beach in a blog.

READ:  Alcohol Over 70 Percent More Expensive in Finland Than the EU Average - Food 20 Percent Above the Norm

“It’s a wonderful change in culture,” she said.

The legislation is due to come into force on January 1 2017.

The alcohol legislation consists of the Alcohol Act from 1994 and the 15 Decrees issued under the Act. The aim is to regulate these questions by acts rather than by decrees, in accordance with the Constitution. 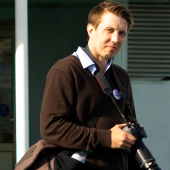