Night of the Homeless Reminds That Homelessness Is a National Disgrace

Dallapénpuisto in Helsnki’s Kallio district was warmed with hot food, compassion, and engagement as a part of asunnottomien yö (The Night of the Homeless) on Saturday evening. As of October 17th, 2002, the date has been declared by the United Nations as the day against poverty and social exclusion. Fittingly, it aligns with the core tenant of the organisers of asunnottomien yö: everyone’s basic right to permanent residence – a home of one’s own.

The annual night of the homeless is observed by twenty municipalities across Finland, ultimately drawing attention to the problems of homelessness. Churches open their doors for the night, free hot food is provided alongside with games, blankets, and even individual tents as shelter. In Dallapénpuisto there was an official programme from 17:00 following the event kickoff at Vaasanaukio, including a panel discussion, music / performance, speeches, and even a visit by the President, Sauli Niinistö.

At the end of 2014 there were an estimated 7,107 homeless people in Finland, yet the total amount of homeless cannot completely be accounted for within these figures. Of this number nearly 1,500 are immigrants, and their proportion has risen in recent years. In light of Helsinki’s housing affordability, the debate surrounding asunnottomien yö encompasses prices of home and afflictions of the homeless, as well as attempting to acknowledge the five key tenets of the event organisers:

READ:  We Need Empathy to Combat Racism in Finland

Jenga and warm blankets for all. Picture: Morgan Walker for Finland Today

Subsequently, the goals to be achieved are:

In spite of the complications of homelessness in Finland, it is one of the few EU countries where homelessness has decreased overall. The night of the homeless citizens’ movement was supported by multiple sponsors, including EHYT (The Finnish Association for Substance Abuse Prevention), Helsinki City Youth Affairs, and The Finnish Food Workers’ Union. 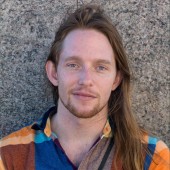 A reporter and photojournalist specialized in explanatory articles and the decisive moment.