It is the sudden, unexpected external circumstances that can turn our lives around. For Mehdi Ghasemi, 43, an immigrant writer and academic living in Finland, it all started with visa difficulties.

Back in 2009, when he decided to pursue doctoral studies in English Literature, he found himself in a frustrating situation. “I received admission from a university in England; however, upon applying for a visa, the post-presidential election protests occurred in my home country, and the embassy of England, blamed for playing a part in the intensification of the protests, was shut down,” he shared with us. With his plans suddenly halted, he decided to start the application process again, this time in Finland.

Two years later, Mehdi made an intercontinental move and became a doctoral student at the University of Turku. His project? It started with a doctoral dissertation on African American postmodern feminist drama with a focus on plays by Suzan-Lori Parks.  I wasn’t until after his PhD in 2016 that he ventured into the world of fiction and with it the creation of a new genre called noveramatry.

“I believe that challenges should not make us stop or even slow down.”

He explained that it consists of “narrative forms mixed with dramatic and poetic forms in one single work, and their borderlines blur.” The idea for his creation came from the fact that we are living in the age of hyperhydrisim “a mosaic—no style of fixed shape, color and design—is built out of the juxtaposition of various alternatives, but it enables us to enjoy several paradigms, colors, flavors, cuisines, styles, systems, and so on, all at once,” he described. Both noveramatry and hyperhybridism are terms coined by the author and explored in upcoming academic papers.

As an immigrant myself, the idea of hyperhydrisim seems pertinent. What is life in another country if not a mosaic of our native culture mixed with bits and pieces of the new culture we are immersed in? A juxtaposition of our past stories, accomplishments and failures that cannot be bluntly cut like borders between countries, but a blur in our own personal narrative.

What is life in another country if not a mosaic of our native culture mixed with bits and pieces of the new culture we are immersed in?

Like other immigrants, Mehdi has constructed his life in Finland and it happens to revolve around the written word.

However, language barriers present some challenges. When writing in English, finding Finnish publishers is no easy task. “The publishers mainly think of their own profit, and when one does not write in Finnish, needless to say, he won’t receive a wide readership, and accordingly, publishers show no interest to publish one’s work,” he added. And that’s not all, given the nature of noveramatry, translation into Finnish is difficult, if not merely impossible because of the extended use of wordplays, slash, dot and hyphen techniques.

Challenges aside, Mehdi keeps working on new projects. He is currently working on a postdoctoral project, entitled “Toward a More Inclusive and Comprehensive Finnish Literature,” for the Finnish Literature Society, and it aims to increase visibility and research on literary works written by immigrant authors residing in Finland, foreign authors outside Finland whose works deal with Finnish culture and by writers of Finnish origin living mostly in North America.

As part of the project, there will be a series of literary activities, including literary seminars, discussion panels, workshops and book fairs. Projects like this aim to expand the literary culture in Finland and give recognition to those writers who have come here from all over the world.

If you are wondering what to read next, I suggest you check out some of Mehdi’s previous works. His two works of fiction Flight to Finland: A Noveramatry and How I Became A W Finn: A Noveramatry include different characters from different eras and areas who share their mini-narratives with readers, and “since they belong to different geographical locations and historical times, they use different languages, including Finnish, Swedish, German, Persian, etc., and this brings about lingual hybridity,” the Iranian author added. You can also keep your eyes peeled for his third work, Finnish Russian Border Blurred: A Noveramatry.

For us literary geeks, knowing there are immigrant writers, like Mehdi, in Finland is highly inspiring. Before going out to enjoy the days of the late summer, I think you could appreciate his last piece of advice just as much as I did. “I am fully aware of some of the challenges of immigrant authors living in Finland. However, I believe that such challenges should not make us stop or even slow down. As we all admit, failure is part of life. We might be rejected dozens and dozens of times, but we shall not give up. We have a mission. So, let’s stretch and write to right,” he concluded. 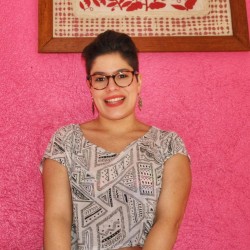 Paulina Bouzas
Foreign Correspondent at Finland Today
Paulina Bouzas was born and raised in Mexico and has an MA in Linguistics from the University of Eastern Finland. She enjoys writing about education, language and Finnish culture.

Do Immigrant Authors Transform Finnish Literature?
Award-Winning Author Jennifer Clement in an Interview With Finland Today: "I Have Finnish DNA"
President Niinistö to Best-Selling Author Paul Auster: Do You Believe in Human Beings?
Finland Could Soon Honor the Creator of Moomins Tove Jansson With a Flag Day
Minna Canth Is the Only Female That Has A Flag Day
Autumn Makes Me Miss a Steady Salary 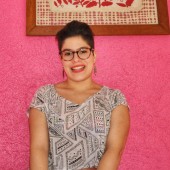