The Phantom of the Opera Feels Comfortably Familiar on First Viewing

The Finnish National Opera’s premiere of The Phantom of the Opera has just kicked off a year-long season of performances of Andrew Lloyd Webber’s phenomenally popular musical-opera. Tickets sold out immediately for the entire year’s performances – an estimated 70,000 ticket sales – which we can only hope will provide some financial relief for the incredibly productive National Opera at a time of dismal cultural investment by the Finnish government. The show boasts a technically impressive sound system, with 137 separate microphones used to construct a rich and dynamic musical and theatrical drama. Well over 100 performers, including the main cast, choir, dancers, and orchestra, led by conductor Nick Davies, work to make this apparently the largest production of the musical ever. Sofie Asplund has garnered excellent reviews this week for her lead performance as the heroine, Christine; Ville Rusanen is powerful, tender and sinister in his role as the Phantom, and Tero Harjunniemi performs Christine’s lover Raoul with a beautiful baritone and an old-fashioned romantic presence.

The performance of the Phantom marks the first staging of a musical in the repertoire of the relatively conservative National Opera since the 1996 version of Stephen Sondheim’s Sweeney Todd: the Demon Barber of Fleet Street, with its lyrics translated into Finnish by musician Juice Leskinen. What is unusual about this production is the National Opera’s decision to keep the English-language libretto, as well as gaining from Lloyd Webber’s highly controlling ‘Really Useful Company’ the creative license to adapt the production. Lloyd Webber’s Phantom, originally performed in London in 1986, is the highest grossing entertainment production, and the second-longest running West End musical in history.

The director of the Helsinki production, Tiina Puumalainen (whose previous productions include Lloyd Webber’s Evita, Carmen, and Sofi Oksanen’s Purge at the National Opera in 2012), has succeeded in a spectacular staging of the musical, with a series of stunningly rendered sets. The staging shifts from the comic to the grotesque, from the bombastic set of the fictional opera Hannibal – a great pastiche of the 19th century French era of Egyptomania that was kept alive through the flamboyant design vernacular of movie theatres from the 1920s on – to an extraordinary trompe l’oeil scenario that stages the Phantom’s descent into his netherworld, with a well-studied reference to Piranesi’s vertiginous architectural fantasies of dungeons from the mid 18th century. Some great technical sleights of hand here see the Phantom and his young prodigy Christine glide down on stairwells from one side of the illusory depths of the stage to the other. Puumalainen’s team has also constructed a fabulously wry fantasia on the original 1980s goth-metal vibe of the Phantom’s hide out; replete with red plush-velvet bed and a Dalíesque wonky old theatre organ straight out of the vintage archives of the collective unconscious.

Whatever one thinks of Lloyd Webber and musicals in general, one of the reasons for the global success of The Phantom of the Opera is that it seems so comfortingly familiar, even on a first viewing. There is nothing original about Phantom, but that was never the point. The tale itself represents one of the most vivid examples of the mythical continuity of popular culture from the 19th to the 21st centuries.

Leroux had already one hundred years ago pilfered his story from classic European fairy tales, like Beauty and the Beast, or the 19th century Romantic literature of Edgar Allen Poe and Victor Hugo, as well as fleshing out an already retro world of fin-de-siècle gothic-degeneration morality tales for popular appeal; on top of which Chaney’s turn as the silent horror movie masked ghoul spawned thousands of déja vue monsters over the course of 20th century popular culture. It’s all so familiar, and yet that’s part of the fun, which is splendidly indulged by the Finnish National Opera. The production exemplifies Lloyd Webber’s wit with the mise-en-abyme of opera history; his operas within playfully pastiching Mozart, Meyerbeer, Puccini and the archetypal English opera pasticheurs themselves, Gilbert and Sullivan, and enabling in this production some great comic turns, notably-Hanna Leena Haapamaki as the shrilly puffed up diva, Carlotta Giudicelli.

Lloyd Webber adapted the story from the 1910 novel by French author Gaston Leroux, which was first adapted for the silent movies with a Hollywood production in 1925 and a later production in 1943. The 1925 film was notable for a seminally creepy performance by Lon Chaney, whose lair in the subterranean tunnels built in mediaeval-era Paris was clearly an influence for the set of the 2006 film V for Vendetta, a modern day political twist on the phantom genre. Leroux’s is a stylized classic of the French gothic novel genre of Paris noir, which appeared at the same time as Marcel Allain and Pierre Souvestre’s proto-pulp series of books about the suave, supernatural masked psychotic Fantômas who also lurked in sewers. Leroux’s story, from which the Lloyd Webber adaptation takes its form, tells of a beautiful young singer, Christine Daaé; an aspiring soprano and understudy to the prima donna Carlotta, and the object of affection of the Vicomte Raul. Christine’s talents have been mysteriously nurtured by a disembodied tutor – known as the “Angel of Music” – the Phantom, who embarks on an aggressively sinister, and ultimate murderous, campaign against the directors of the Grand Opera with the aim of advancing Christine’s career as his very own diva in his very own opera. She accompanies the Phantom to his underground gothic abode, and learns of his musical talents but unmasks him to reveal the hideous disfigurements of a man who tells us that he was born so gruesome that he was rejected by his own mother.

The Phantom is a curious characterization that is probably identifiable to many who’ve gone through music school, being both a committed tutor to Christine and a maniacal composer who wants the Grand Opera to stage his own work, Don Juan Triumphant. Given that Don Juan was denied salvation by God for his lust and conceit, the triumphant Don Juan is presumably the alter ego who cheats God and gets it all. In any pop psychology sense, the Phantom seems clearly something of a caricature of the well-known figure of the disgruntled male artists who rails against the world for not appreciating his ‘masterpiece’, resenting women for not loving him, entrapping them and then claiming their affection by the force of guilt trip. He does, though, have the gift of the “Music of the Night”: the sublimated version of what he cannot attain through what he calls the “pleasures of the flesh”. Caught in a red mist of jealousy towards Christine and Raoul her lover, the Phantom is only humanized and relieved of his vengeful plot to keep Christine in his dungeon forever by her compassion towards him. The plot is gothically preposterous, of course, but when stripped down probably fairly familiar to anyone who’s ever lived with an artist or a narcissist.

While the Phantom of the Opera is often simplified into a kind of straight beauty-and-the-beast formula, it is in fact far more perverse, which is well captured in Puumalainen’s production. Nuancing the Oedipal theme from the Don Juan story (made famous of course by Mozart’s opera Don Giovanni), the Phantom’s disembodied guise as the “Angel of Music” is a creepily paternal figure who beckons to her from her father’s grave with the song Wandering Child, and enchants her to accept his musical guidance. In the guise of the hideous and petulant Phantom, however, he reveals his sinister intent to possess her. This is not a Manichean, Jekyll and Hyde figure of good and evil, but a tortured depiction of how the ideal aspiration of transcendence and its base shadow represent two indelible faces of human nature.

The Phantom of the Opera. Duration 2 h 45 min, 1 intermission (intermission 25 min). Performed in English, subtitles in Finnish and Swedish.

Even when the performances are sold out, possible cancellations of reservations can be asked here. 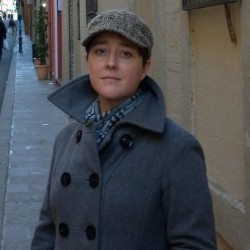