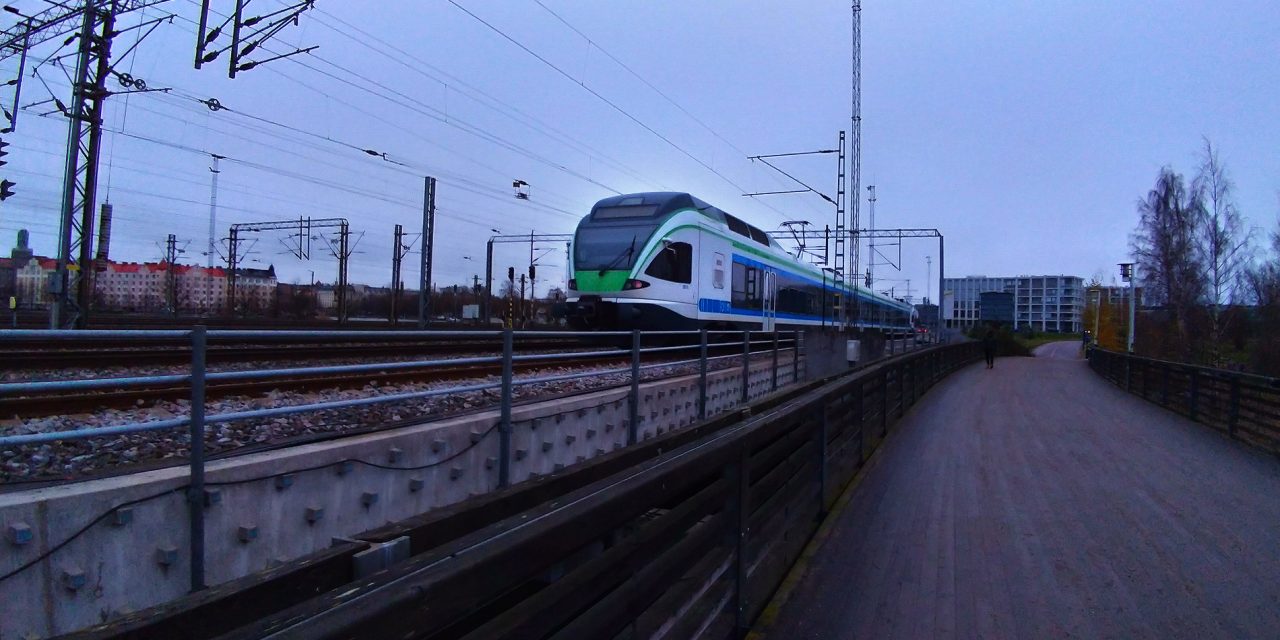 Unless the negotiations to improve Posti workers’ working conditions are solved, the train traffic is going to be disturbed severely.

The Railway Union RAU is set to begin a sympathy strike on Friday where union members in, for example, transport traffic, customer service and ticket sales will refuse to work until Saturday morning 06:00 (30.11).

The worst impact would be felt by users of public transport starting on Monday when the train drivers of local trains in Helsinki will stay out of the driver’s seat until Tuesday morning at 03:00 (3.12). The local trains of VR and HSL—including the so-called E-S trains traveling, for example, from Helsinki to Tampere and to Lahti, Kotka and Kouvola—would be out of service.

On Tuesday, VR’s long-distance train traffic—with the exception of Allegro trains—would stop. In practice, the strike would stop the passenger and cargo trains. The stoppage would last until Wednesday morning at 03:00 (4.12).

If the Posti workers’ strike is going to continue after Monday, December 9, new support strikes by the Railway Union are ahead.

The union threatens to stop the traffic control at 07:00 in the morning and the strike will last until Tuesday, December 10. The strike doesn’t concern Allegro trains.

In practice, the train traffic would, again, stop completely.

Minister Sirpa Paatero Has Resigned and is Now on Sick Leave; She Resigned Because of the Posti Mess
The Postal Strike Has Ended; PAU: Workers Should Return to Work Immediately
The Postal Strike Could End Today
Major Rock Group Volbeat Cancels Gig at Helsinki Arena Because of Labor Strikes in Finland
Support Strike Affects Tallink Silja's Ferries
Viking Line Cruise Ferries Stay in Port Because of Posti Strike
Finnair to Cancel Over 250 Flights on Monday Because of Posti Strike
Bus Services in Helsinki Heavily Disrupted on Monday
VIDEO: Posti Workers Sick of Pay Cuts While Leadership Swims in Money; Want to Expel the Board
Traffic Chaos Threatens Helsinki Next Monday