Creed Is a Five Star Knockout 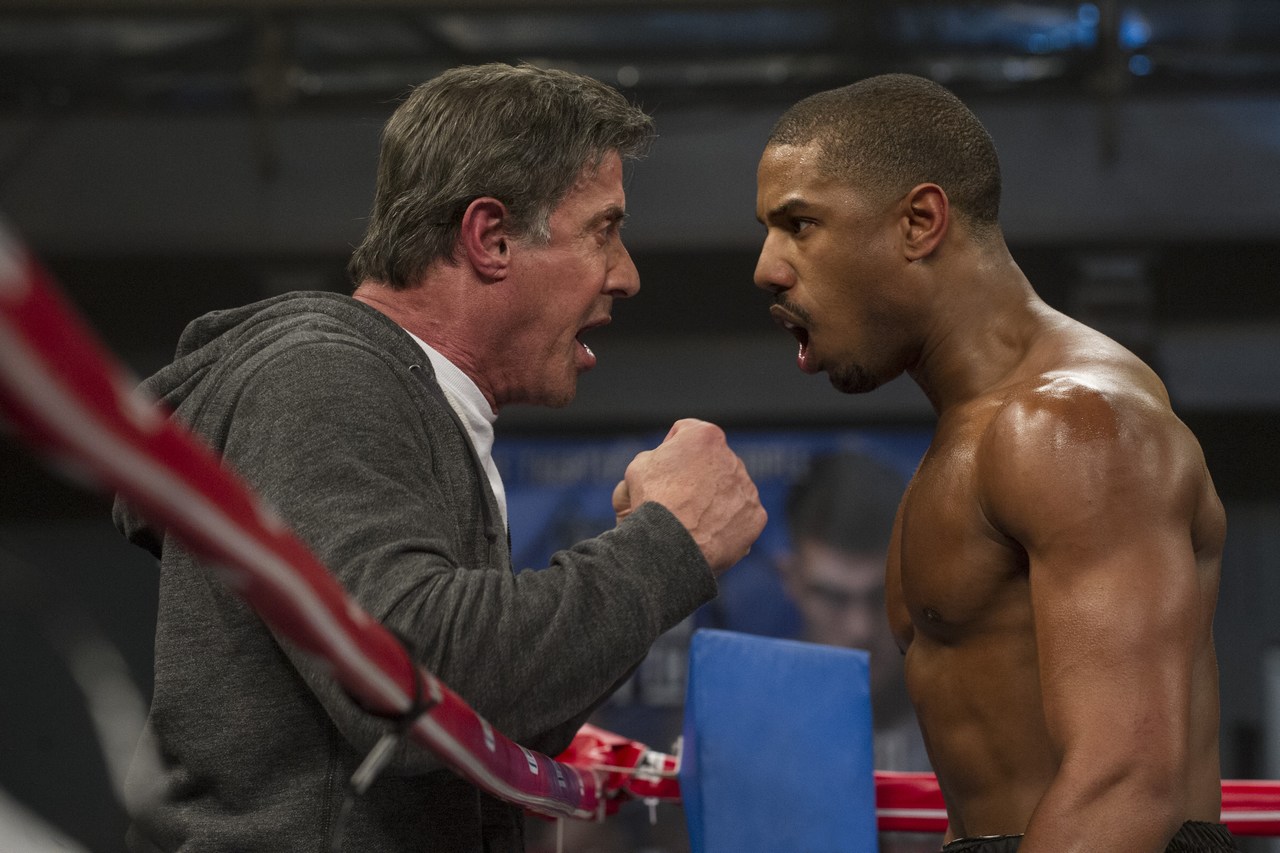 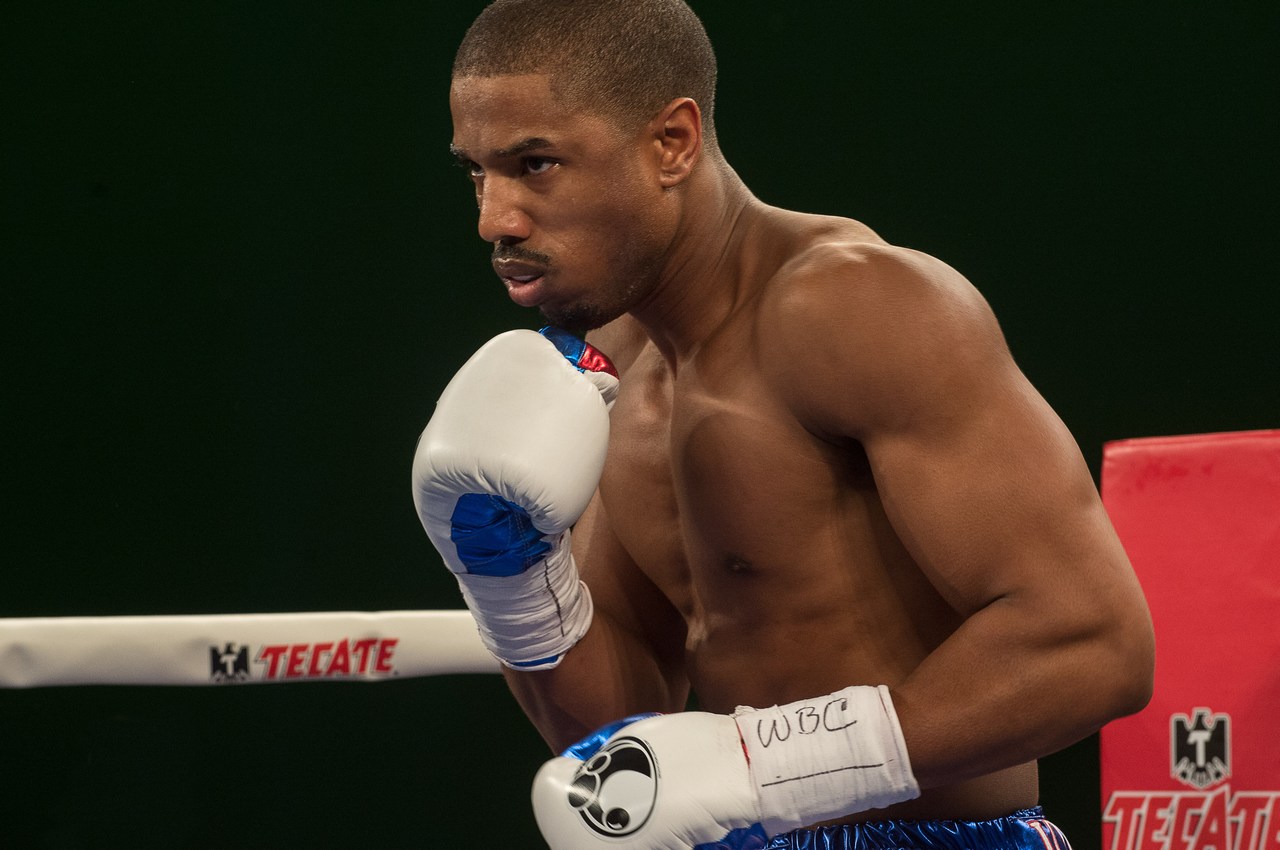 It’s Imposing. It’s Powerful. It’s the boxing film for the new generation and the emotional content will bring tears into the eyes of even the hardest of men and those who grew up with the Rocky films in the ’80s.

Six Rocky films later, Sylvester Stallone is back in his iconic role as the champion from Philadelphia. It’s been 39 years since the first Rocky appeared in theatres. As an aged man and a restaurant owner, Rocky is sought out by Adonis Johnson (Michael B. Jordan) a young man with a troubled past, who wants Rocky to train him while following his father’s footsteps to become a professional light heavyweight boxer. 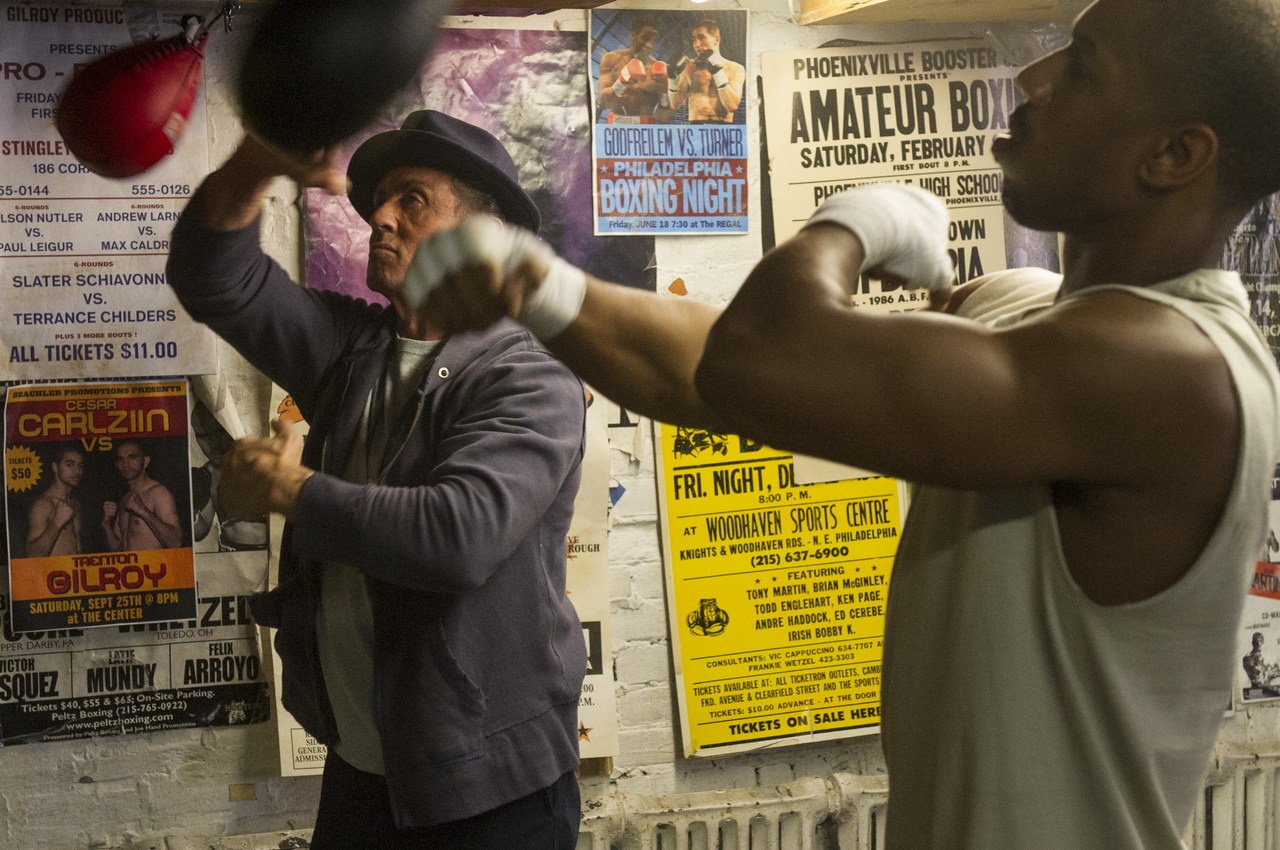 Johnson is on the right track. Rocky, after all, was the best of the best and the closest friend to Adonis’ father, Apollo Creed, whom Rocky faced in the ring three times in the course of the previous films of the franchise.

While Stallone wrote six of the original Rocky movies and directed four of them, this new breed is directed and written by Ryan Coogler, who among others has a multiple award-winning romantic drama Fruitvale Station (2013) (which also starred Michael B. Jordan) under his belt.

Coogler, who is only 29-years old, got interested in writing and directing a Rocky film because his father was a big fan of the original’s sequel. When Coogler in his youth participated in football matches, his father would hype him up by pressing play of Rocky II, where Rocky after a serious clash beats Apollo Creed. His masculine father cried, screamed and lived the movie from punch to punch and line to line.

[alert type=red ]When Coogler in his youth participated in football matches, his father would hype him up by pressing play of Rocky II, where Rocky after a serious clash beats Apollo Creed. [/alert]

Later his dad developed a neuromuscular disorder, which got Coogler acquainted with real struggle, which he turned into words with his co-screenwriter, Aaron Covington.

“I was seeing the things I associated with my father’s masculinity, being taken away from him so it sent me on this thought process of what is it that makes you a man,” he said in an interview.

In Creed, Coogler is phenomenal while portraying the struggle but he has a wonderful cast to thank as well. 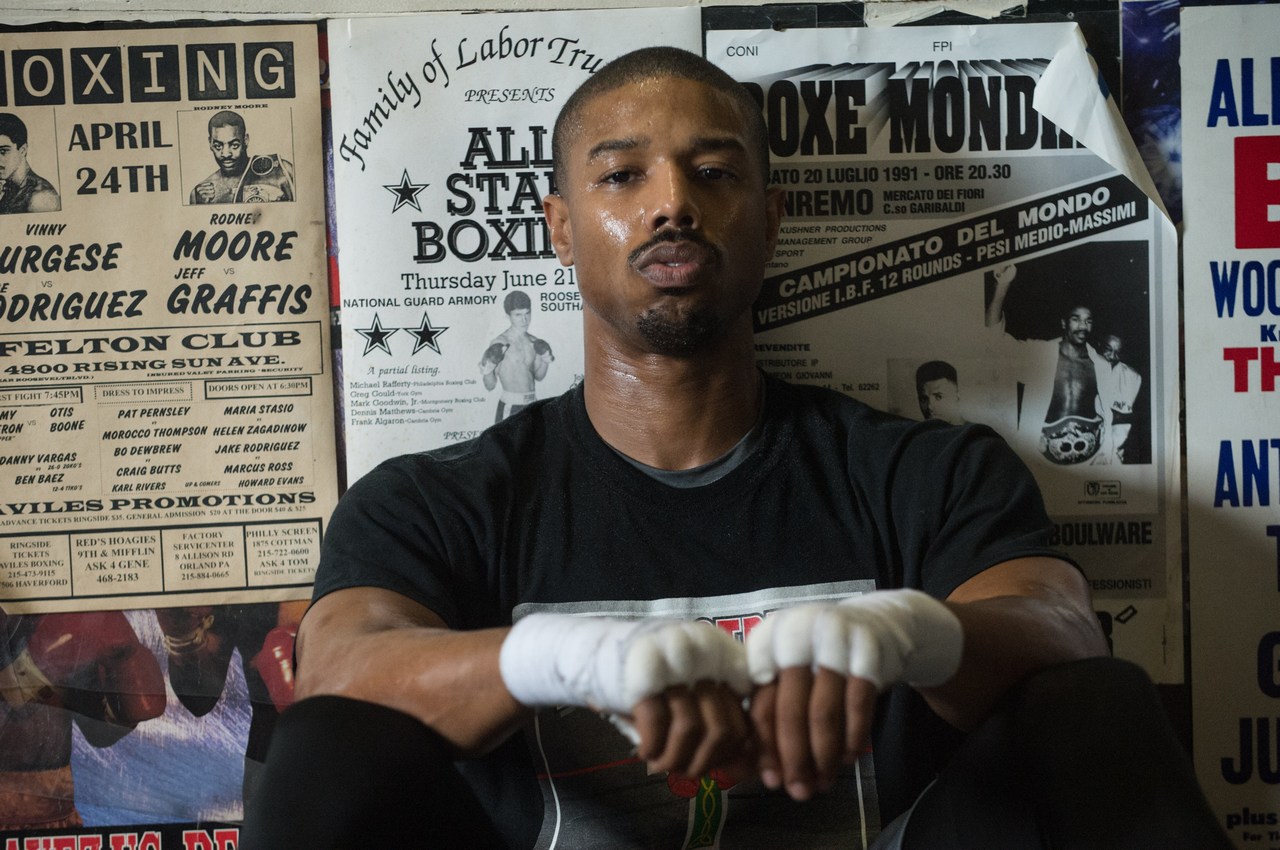 Michael B. Jordan, 28, who apart from a well-acted lead role in their previous collaboration, has featured in superhero films like Fantastic Four (2015) and Chronicle (2012).

In the shoes of Adonis, Jordan balances between the role of a boxing aficionado turned pro with grace. 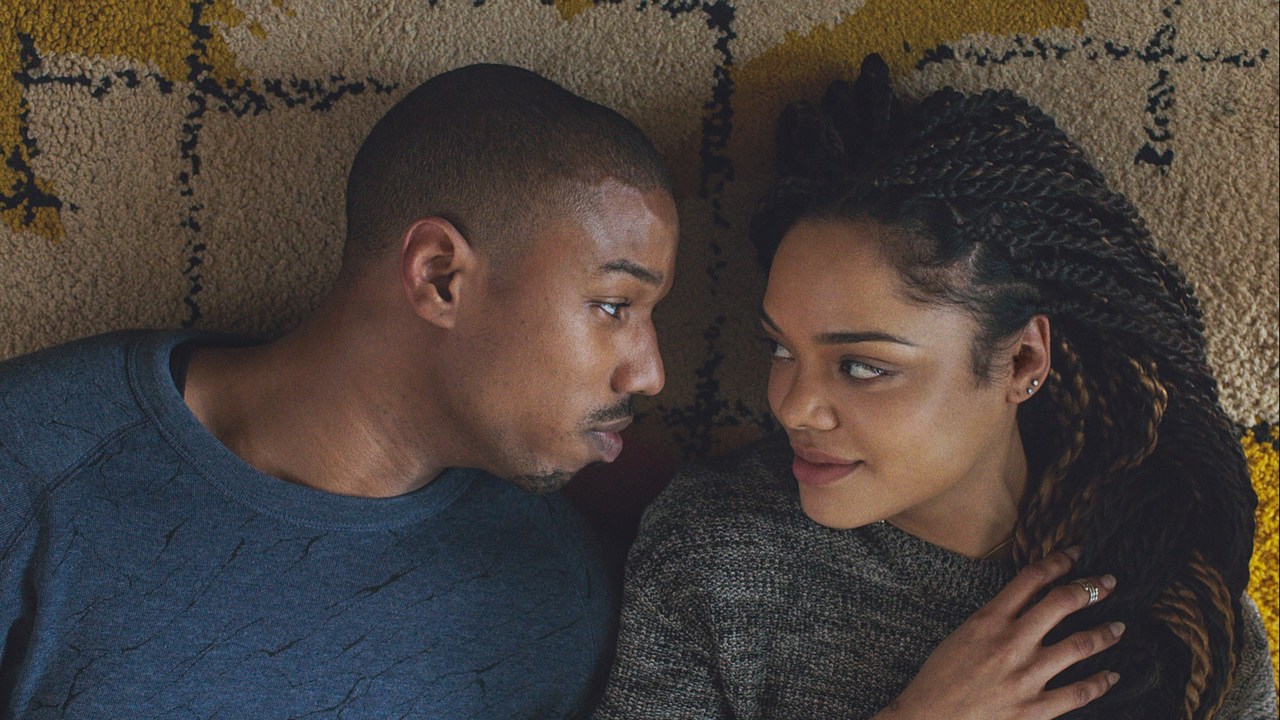 His chemistry sparkles with his co-star Tessa Thompson, who plays Creed’s love-interest, Bianca, a lady, who according to the director wasn’t going to just be a “ringside cheerleader.”

While preparing for the film, Jordan went through a strict training regimen. For 10 months, he trained weights and cardio six days a week, two to three times per day. He changed his diet as well: grilled chicken, broccoli, brown rice . . . a lot of water. His personal trainer focused on shaping Jordan’s body, while Stallone taught him the art of sweet science. “He really helped me find the authenticity in the ring and let me know when I shouldn’t hold back,” he said in an interview for Men’s Journal.

In the ring, Jordan got a real taste of real boxing. During shooting, he got knocked out and afterwards received appraisal from Stallone on Twitter:

Michael B Jordon, “young creed and “getting KO’d for real! But he got up and did it again! That’s called guts!! pic.twitter.com/yFo3PVmvhA

The fight scenes in Creed look stunning, thanks to DP Maryse Alberti, a groundbreaking female cinematographer in the world dominated by men.

Alberti’s career extends to the 80’s, but is more recently known from films such as The Visit, one of the scariest films of the year, and the breathtaking drama Wrestler (2008), a prequel to Creed in her sense of shooting intense fight sequences.

Creed’s fighting choreography features fast hands and tight close shots, and one of the most impressive scenes was an entire two-rounds filmed in one single take.

Alberti is not a fan of CGI, which makes the fight scenes more realistic than in most action films today. She watched original Rocky films and other boxing films for inspiration and both, Coogler and Alberti, enjoyed viewing scenes from the French “Godfather”, Jacques Audiard’s a Prophet (2010).

The killer soundtrack features plenty of bass-heavy rap songs from Meek Mill to Roots and from Nas to 2Pac.

The soundtrack combined with the score by the Swedish composer, Ludwig Göransson, creates a thrilling and moving soundscape, which on top of everything else good with the film takes the viewer on an auditory journey, which in the end makes you utter out loud: “What a ride!”

Read also:  Helenius Beats His Belarusian Opponent With One Hand

[alert type=red ]The soundtrack combined with the score by the Swedish composer, Ludwig Göransson, creates a thrilling and moving soundscape, which on top of everything else good with the film takes the viewer on an auditory journey, which in the end makes you utter out loud: “What a ride!”[/alert]

The original Rocky won three Oscar’s for the Best Picture, Best Director and Best Film Editing. In addition, Stallone was nominated for Best Actor in a Leading Role. The 1976-classic competed with other legendary films such as Martin Scorcese’s Taxi Driver.

Stallone’s acting has only improved as he has aged to a charismatic 69-year-old gent, whose physique is still tighter than most guys’ in their 30 and 40’s.

It remains to be seen, in how many categories Creed will compete in the 2015 Academy Awards on February 28 next year.