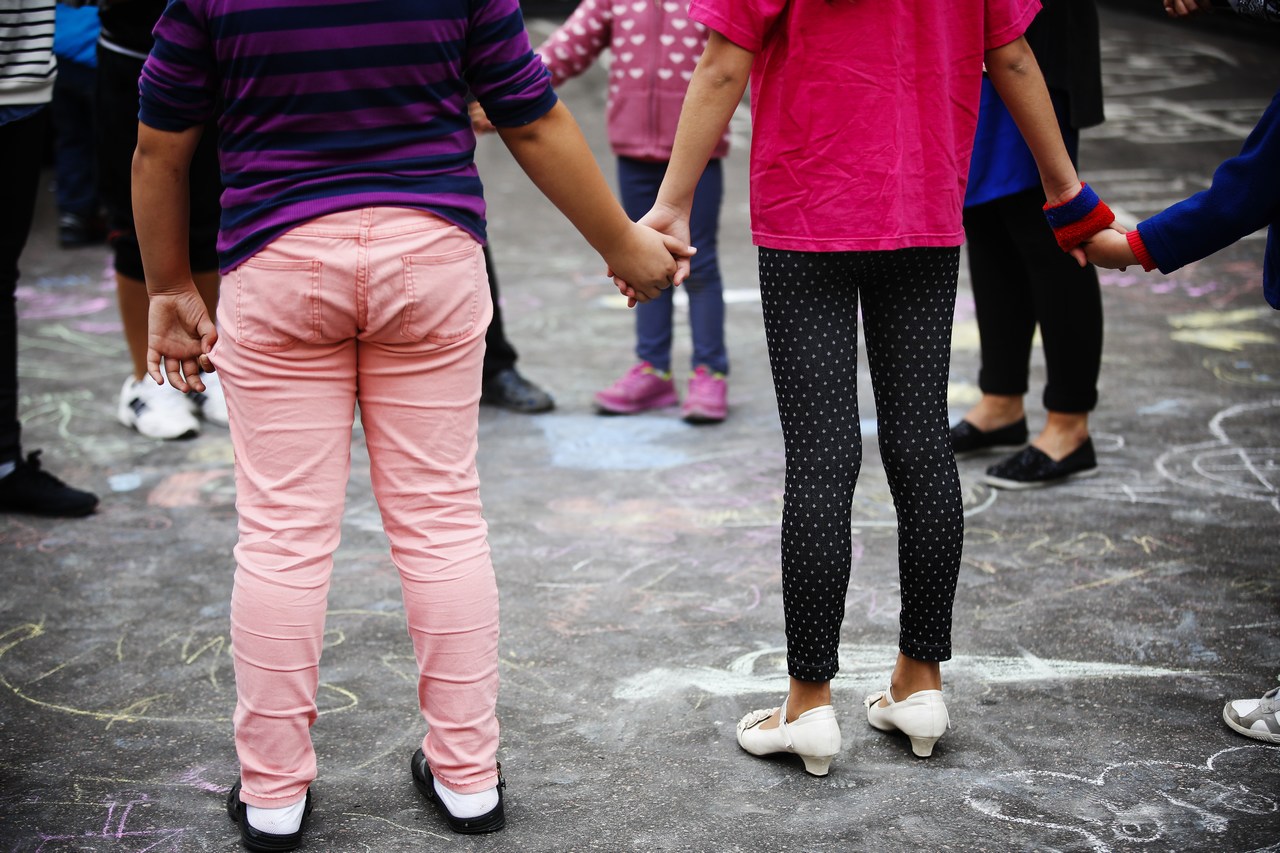 The volunteers of the Finnish Red Cross playing with the children at the reception centre of Punavuori in Helsinki. Picture: Leena Koskela SPR

So it has been a while, I apologise for my elusiveness, it was through no want of my own that I have been unable to document my thoughts and actions over the last few weeks. Life recently became an impenetrable fortress of endeavour, allowing me time for neither rumination nor animation. To regain my place in the flow of things I thought I’d use this column to glaze over the last few weeks.

As I had mentioned a while back I was awaiting the dreaded day of my Finnish language exams, I spent a weekend locked inside my poorly ventilated flat all on my own cramming as much Finnish into my head as possible. For those that know me will already be aware that I have a 7 ½ – 7 5/8 hat size (large) this definitely has finally paid off as the amount of finish retained in my large but not weirdly large head managed to transcend any pre conceived result I’d imagined I’d achieve. So in receiving my unanticipated results I must thank my teachers, my family my friends, my mum and dad and of course my large (but not weirdly large) head.

Now school has finally finished and like a fledgling sparrow, I must learn to fend for myself. But instead of fully embracing my new freedom I find myself in a curious frame of mind as to my near future.

I’ve now finished the course that integrates and teaches the language and prepares you for real working life but I think I am now even more anxious than I was before. My first day at school I used to imagine that by the end me and my classmates would be cracking wise, singing songs but no, here I am making appointments by phone sat next to google translates.

Obviously at the moment we are having a bit of a problem with the job situation here and as a foreigner you soon start to learn that at times like this you face a double edged sword of either being a scrounger or taking someone’s job. Thankfully due to my various unique work skills I’m quite irreplaceable in a few of the roles in which I work, so for example I never feel that I’m putting any Finns with mellifluous Cambridge accents out of work. Hunting for work is for me a totally different kettle of fish to what I remember but of course the times as well as the country were a different back when I was last job hunting, plus my only skill back then was the ability to suffer acute monotony with a smile.

[alert type=white ]Obviously at the moment we are having a bit of a problem with the job situation here and as a foreigner you soon start to learn that at times like this you face a double edged sword of either being a scrounger or taking someone’s job.[/alert]

Oh England, how I adore the chaotic, multifaceted, historic environ which is thee. . . Through a collision of fortune and necessity I found myself spending a few days in England recently, a few days short respite from the chaotic uncertainty that my usual life brings. Returning to your country of birth should really be a journey of very little stress or excitement, a journey that is undertaken through necessity rather than to seek adventure. However returning to England kind of feels like breaking into a fortress island, albeit a not very good one.

Travelling between countries in Europe is something that I do more and more upon my relocation to Finland, a recent journey between Cologne and Helsinki was so simple, pleasant, efficient and quick I actually found myself smiling and maintaining a regular heartbeat in an airport which was probably a first for me whilst travelling “mit kinder”. Upon arrival at Gatwick travellers are forced to endure the labyrinthian chaos to get to border control, experienced travellers know of the short cuts, running the gauntlet like krypton factor hamsters in a maze. Once I had shoved and barged my way to the front of the pack of eager travellers I arrived at the border control queue which resembled a biblical exodus except everyone was attired in Top Shop’s and H&M’s summer collections instead of grubby tunics.

The heat and agitation of the queue made me want to start telling those around me the truth, that England isn’t actually that good; too expensive, dodgy weather, dodgy locals, warm beer (which I like) and greasy food (again delicious). I decided not to and like a true Brit decided to convert my annoyance and frustration into the foundations of a new boil that will probably take 20 years of my life at some point. Ugh! There was even a group of men standing in front of me complaining about the queue and saying how it was ridiculous that the e-passport queue was empty and not being used and then realising that they all had e-passports, morons!

For those that need an update England is still pretty much the same, I only visited Brighton and Huntingdonshire so I cannot say the same about the other 99.9 per cent of the country but Brighton is still in its perpetual re-enactment of the last days of Rome and Huntingdonshire is still green flat and beautiful.  Quite rightly the subject dominating conversation in the UK has been the plight of the refugees escaping a myriad of horrors and understandably attempting to give themselves and their children something that resembles a real life.

Having to keep up to date with the British zeitgeist through the internet and social media I was prepared for a barrage of little Englander nimbyism and ignorant half-truths that dominate news sources and comments boards. What I was surprised to encounter was a great deal of empathy and support, a characteristic that has been lacking in the British character on many occasions for quite some time.

The British establishment however remains the same with Cameron only now grudgingly allowing 20,000 refugees take shelter in Britain. The mantra of cutbacks and cost were given as excuses for not taking in refugees amongst other spurious accusations but whatever it costs to house refugees you can bet that it would be a fraction of the cost of what Cameron would’ve spent on bombing them which he so eagerly wanted to do.

I know this crisis is bigger than we can comprehend but together people can do something and if we don’t it will be the shame of our grandchildren that we will face when they learn of our complicitness.

[alert type=white ]The mantra of cutbacks and cost were given as excuses for not taking in refugees amongst other spurious accusations but whatever it costs to house refugees you can bet that it would be a fraction of the cost of what Cameron would’ve spent on bombing them which he so eagerly wanted to do.[/alert]

Sign a petition, donate funds, clothes anything and if you can’t even do that then at least show some empathy, be thoughtful, confront ignorance on the subject and remember we all came from the same organism billions of years ago, they are our family.

Sorry for the unusual format of the article this week and for being so Anglocentric, things should all be back to normal next week!

I Really, Really Miss 'Karjalanpiirakka'
Finnish Immigration Service Stops Deportations to Afghanistan
'NoCore' Explores Masculinity and Homosexuality Within the Migration
US, Britain and France Bomb Syria on Friday - President Sauli Niinistö Releases a Statement
Hundreds Demand a Stop to the Deportation of a Family of Seven Children to Iraq in the Small City of...
Helsinki is One of the Most Welcoming Cities in the World, According to a Recent Study
Protests Are Becoming Carnivals in Finland, And It’s Really Ineffective
Assistance for Voluntary Return to Afghanistan, North Korea, Somalia . . . Will Increase on Monday
Police Stop 'Finland First' Protest By Force, Then They Take Down The Refugee Camp at Railway Square
Vibrant Outdoor Food Village Explores Gourmet Food in the Heart of Helsinki

I am a Cambridge born musician, producer and master of frugality. When not working one of my many jobs I spend my days perusing kirpputoris searching for cheap disco records or promenading the seafront with my son hoping to spot Oyster catchers and Crested grebes. I live with my Finnish girlfriend and our two boys in the far east of Helsinki, Vuosaari.