A Dog is Welcome to Stockmann But Not to the Flea Market, And Other Dog Dilemmas in Finland

A Samoyed dog has joined the Christmas parade in Helsinki. Picture: Tony Öhberg for Finland Today

Statistics of Finland estimate that there are about 800,000 dogs in the country. In 2011 there were over 7,000 dogs in Espoo, a figure compiled when our furry friends last had to be registered with the city council. That’s about seven dogs per 250 people or one dog for every 35 people. Six years later it is difficult to walk anywhere locally without seeing a dog, so numbers have probably increased over the period.  In our small area of 24 semi-detached houses, there are six dogs, two of which are ours. However, more dogs can lead to increased conflict between dog lovers and those that are not.

This content is for members only.
[alert type=white ]Worse than not picking up poop is picking it up in a poly bag and leaving that hanging on a tree or bush.[/alert]

In Finland, we have the additional problem of the cold and snowy winter.  Snow is great for hiding dog poop and so the responsible dog owner should be on constant look-out.

This content is for members only.
It is essential to keep tracks, roads, parks and gardens free of poop. Otherwise, when the big melt happens in the spring lots of stinky dog poop surfaces all at the same time. At that time of year, it is guaranteed that there will be letters of complaint in the local papers.

Dogs are a common sight in protests. Picture: Tony Öhberg for Finland Today

Generally, we find Finland a much more dog-friendly country than the UK and there are far more places we feel comfortable taking the dogs. The same rules apply in food shops, only guide dogs allowed. However, Finnish restaurants and cafes, dogs are allowed inside at the discretion of the proprietor. A dog is welcome to the luxury department store Stockmann, for example, but not to the flea market.

Consideration is given to others because customers are often asked if anyone has an allergy.  In the summer, there are many beaches for family swimming around Espoo and sensibly dogs are not allowed. Again, different from the UK where councils impose a no dog policy on every beach; in Espoo, there is one beach especially for dogs to frolic, play and swim. There are dog-friendly carriages on the trains and dogs are welcome on the buses. Public transport is easy with a dog.

It was recently reported that more and more people are opting for a pet insurance to cope with rising veterinary costs. It was estimated that about one-fourth of dog owners in Espoo have insurance costing each year between 250 – 300 euros for a small dog.

This content is for members only.
A considerable premium but it emphasizes the importance of the dog as a member of the family. In 2013 we had our old Labrador’s teeth cleaned in Espoo. They are anesthetized while the vet cleans the teeth and the bill came to 300 euros. By chance, my mother in England had the same operation for her black Labrador, at the same time, for only £100 (about 112 euros at today’s rates). Are premises, equipment and staff really that much more expensive here in Finland?

[alert type=white ]Are premises, equipment and staff really that much more expensive here in Finland?[/alert]

A big difference in dog culture is that in the UK dogs are allowed more freedom off the leash. Maybe that reflects the countries’ different laws. It is not unusual to go into an English city park to find dogs playing freely off the lead. As long as they are not attacking people and under reasonable control the law is satisfied. In Espoo, we have more wildlife on the doorstep so having to keep the dog on the lead the majority of the time is understandable. However, the dogs don’t get the opportunity to socialize with other dogs and as a result on the street they become overprotective of their owner and aggression is shown to others no matter how friendly they may be.

Some hotels in Finland allow dogs to accommodate the room with the owner. One example is Yyteri Hotel & Spa in Pori. Picture: Tony Öhberg for Finland Today

There are many fenced “dog parks” in Helsinki and Espoo where dogs are able to run free.  These small areas are great for dogs to let off steam but they don’t encourage owners to train their dogs better. It’s too easy to let the dog off to play on its own or with others and be glued to the smartphone.

There are five native dog breeds in Finland, and it is great that they are being celebrated by the Finnish Kennel Club as part of the 100 years of independence. They are the Finnish Spitz, the Karelian Bear Dog, the Finnish Hound, the Lapponian Herder, and the Finnish Lapponian Dog. They all form important parts of Finnish culture. For example, the national dog, the Finnish Spitz, barks at birds perched in trees, which is a rarity in the world but useful for hunters. 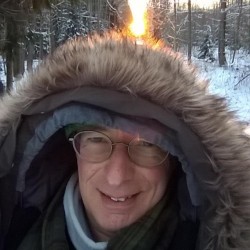 Such A Doggy Nation! - In Finland, Pets Are Important Family Members
In Jyväskylä, Dogs Help University Students in Their Studies
Yyteri Is One of the Most Beautiful Beaches in Finland And The Hotel Welcomes Dogs, Too